DavidMaletz
December 2012 edited December 2012 in News
An early version of Havencall is running, with movement and basic gameplay complete! We've been working hard to complete the early prototype, and also recorded a video to share our progress. Here are some of the features already in the prototype:

Movement: The prototype scales and moves our protagonist, Aura, between layers to give the feeling that she is actually walking through a digital painting. You can only move along static paths, but those paths allow you to go anywhere of importance.

Interaction: The prototype allows you to click objects to interact with them, and can pathfind to move you to the object. The cursor will change to denote where and what kind of magic you can use at the moment. Clicking and holding when that cursor is up activates the magic.

Animation: The prototype uses the VIDE animation engine, and can support deformed image animations. Aura was animated in VIDE, along with the cursor charge and clock hands animation. Eventually, we plan to do a lot more animations to make the world come alive, including flora & fauna, and other characters you can interact with and talk to.

Sound: The prototype has many "fake 3D" sound effects, which adjusts the pan and volume of the sound effects automatically based on the position of the player. 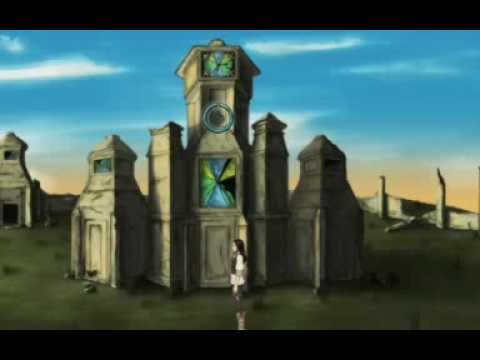 We're still early in production and nothing is finalized yet, but we're definitely making progress, and I hope to have more to show soon! But first, it's turkey time - have a great holiday everyone!
Sign In or Register to comment.
Powered by Vanilla Forums and using the Basic Dark theme by Luciano Fiore