DavidMaletz
April 2014 edited April 2014 in Deity Quest
It's been a crazy month putting together all the finishing touches as we race towards our release date of May 1st, 2014. The BETA was a huge success - thanks to everyone who gave feedback! There have been a lot of improvements, many bugs were fixed, and I completely re-balanced of all the followers and skills. Some new features were also added to the game - including multiplayer battles! Additionally, we set up an official website for Deity Quest, and made a much improved full trailer including scenes from later parts of the game. Without further ado, here's the new trailer: 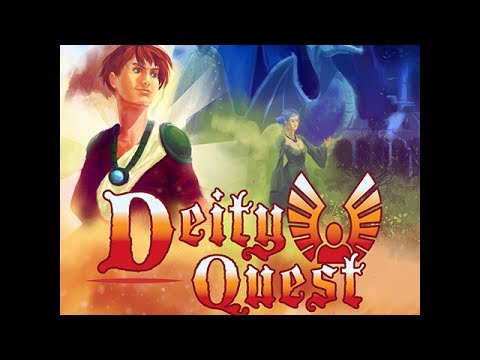 Multiplayer battles were one of the high-ranking requests for Deity Quest, and they are finally added! I'm still working on the Lobby and setup to find and challenge other players with similar levels, but the battles themselves are working. In addition to the trading feature I added a while back, there are now several ways to interact with other players in Deity Quest!

There's less than a month remaining before launch - I hope you're all as excited as we are! This is by far our largest complete game, with the average play time from the BETA test being about 16 hours. Look forward to our final updates as we get closer to release!

Also, Deity Quest is now on Steam Greenlight. Please vote YES if you'd like to see Deity Quest on Steam!